What happens when a college makes it to the Final Four in basketball a couple of years in a row?  Applications skyrocket!  At least this is what happened at Butler University; applications grew from 5-6,000 to more than 10,000 directly following its place in the Final Four.

Butler is a very pretty campus set on a lot of green open space right next to a nature preserve with a pond and trails for hiking.  It is located in the middle of a pretty, upscale suburban neighborhood, about four miles north of Indianapolis, IN.

As we walked the large, open campus, we chatted with our tour guide who had come to Butler from Colorado because of its accelerated physician assistant program.  The accelerated pharmacy program is also very strong along with pre-health sciences and dance.

Butler also offers a five-year engineering dual degree with Indiana University Purdue University Indiana (IUPUI).  It is slightly different from other dual degrees because students stay on campus and IUPUI professors come to them.  They do take some engineering courses at the IUPUI campus.

Most students hail from neighboring states within a four-hour radius and several from Chicago, however the accelerated physician assistant and pharmacy program attracts students from all over the country.  13% of students are considered multi-cultural or minority students.  In general students are nice, friendly kids sporting Butler gear who are community oriented and have a lot of school spirit.  35% of the students participate in Greek life, rushing during the second semester of freshman year. 40% of the students are male and 60% female.

The test scores are slightly higher for students getting into the accelerated pre-health programs with a minimum ACT writing score of 26 and M/CR SAT score of 1200. Students are automatically considered for merit aid ranging from $7,000 to $17,000 per year.

Admissions recommends that students apply during the Early Action round to be considered for merit aid.  Students interested in the performing arts are also eligible for talent awards, which are audition based and athletes can receive athletic grants, since Butler is a division 1 school.

Summary Butler is a great school for students looking for a small Division 1 school with outstanding programs in pre-health and performing arts.  It is also suited for students who want a beautiful campus near a relatively large city (Indianapolis is the 13th largest city in the US) and want close interaction with their faculty and a strong sense of community and school spirit. 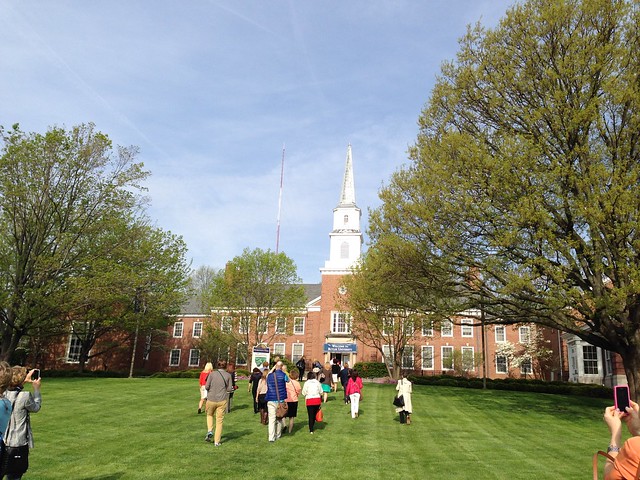