As we ambled by the Pitzer cafeteria, we were struck by the number of students wearing tie-dyed shorts and shirts, students of both genders riding by on their long boards, animated conversations while waiting in line and happy, laid back looking students. I definitely knew I was not in NJ anymore! As we continued onto the Claremont McKenna campus, the vibe shifted considerably as did the look of the students. All were wearing shorts or sundresses (later in the day many kids were wearing bathing suits and heading to the pool since it was 90 degrees!), but the students at CMC were more traditionally dressed— noticeably different than the kids on the Pitzer campus.

Set in the Pomona Valley surrounded by mountains on every side with incredible desert inspired landscapes, the Claremont Colleges present a unique educational opportunity unlike any other college I have seen. And given that I’ve visited more than 250 colleges, that says a lot!

There are five distinct undergraduate colleges (Pomona, CMC, Harvey Mudd, Scripps, and Pitzer) and two graduate schools (Keck Masters in Science and Claremont); each touching, yet separate. The five undergraduate colleges form a consortium so they all share the same calendar and class schedules, but administratively they are separate with different admissions offices and curriculum requirements.

They are completely integrated from a social standpoint; students have the opportunity to participate in any of the social events or clubs from any of the schools. Class schedules are also coordinated so students have 2,500 courses to choose from. While each individual school has fewer than 1,500 students, together there are 5,000 undergraduate students living on campus.

Pomona was the first college formed and it was modeled after a traditional East Coast Liberal Arts College. It is also the most select college of the five and is among the top ten liberal arts colleges in the country. The campus is expansive and beautiful with California Mission style architecture. It reminded me of Stanford.

Claremont McKenna was founded in the 1940’s originally as a men’s college for veterans. It’s founding philosophy of “learning for the sake of doing” and emphasis on leadership still holds true. Its original focus on government, economics, international relations and business stem from its post war founding, but since becoming coed in the 1980’s it has broadened its majors and is now a comprehensive liberal arts college that focuses on leadership and learning by doing. Scripps is an all women’s school surrounded by co-educational schools.  It has the best food and best dorms (balconies and courtyards). The buildings are white washed with red tile roofs representative of old school California architecture.

Harvey Mudd focuses on the STEM fields. It was built in the 1950’s with a sensibility to the Cold War and had numerous underground spaces for safety. The brown buildings have a very mid-century look, but more 1950’s than 1960’s. Mudd has a very strong STEM curriculum and many students take 5-6 classes per semester.

Their collaborative environment breeds nerdy fun such as coming up with an app to monitor food choices at the seven dining halls or entering a contest to get Taylor Swift to perform on campus. It has the strongest percentage of females studying computer science in the country due to its inclusive and innovative approach to the way classes are taught.

Pitzer was built in the 1960’s with an emphasis on social justice, environmentalism and change. It is the most liberal of the five colleges and the hippy, laid back vibe from the sixties carries over.

The Claremont schools also include two graduate schools: the Keck biotech masters school where students can do a senior research project or get an internship within the pharmaceutical industry and Claremont Graduate University (where the Masters in Business is housed.)   Students enrolled in any of the Claremont colleges can take graduate classes as well as classes at any of the other colleges.

We attended the CMC information session and tour so while Sarah, a recent CMC grad, described the cross collaboration, she also emphasized the specific programs unique to CMC. The Claremont Colleges participate in Division III sports and Pomona and Pitzer share a team as do Mudd, CMC and Scripps. It makes for an interesting match when the schools compete against each other on the same campus! They are in the process of building a comprehensive, state-of-the art sports/recreation facility that is slated for completion spring of 2016.

The arts are based out of Scripps and Pomona, so students from all colleges take their arts courses in these colleges. CMC allows students to major in a subject at any of the five colleges even if it is not housed at CMC, with the exception of engineering. For engineering students, there is a 3 + 2 program whereby students spend the first three years at CMC and the last two years at one of their partner engineering schools, Columbia, Harvey Mudd or USC. (Most kids choose Columbia).  CMC does not admit by major.

Harvey Mudd and Pomona do not allow students to major outside of their college. Math is shared among all five colleges and science is housed within CMC, Scripps, and Pitzer. Those three schools also share pre-med advising, however pre-med students come from every school. There is also an innovative Accelerated Integrated Science sequence for pre-med students, which allows students to take all of their pre-med science requirements during freshman year to free up time later for more electives. So students take, biology, physics, and general chemistry during freshman year.

CMC’s focus on leadership, collaboration and learning for the sake of doing were apparent throughout our tour. In fact everyone we met seemed happy, engaged, busy, but balanced. They all repeated the same mantra. (At first my dad was impressed, but later thought they seemed like they were part of a cult; I countered with the fact that they had very clear branding!)

This philosophy pervades campus life from the popular Athenaeum speaker series that brings world-class leaders to campus four nights a week for a dinner and a talk to the summer stipends to allow students to take unpaid internships.

There are also semester long internship programs in Silicon Valley and Washington DC. (One of our clients did the Washington DC program and is now employed in DC and loving it!) 75% of students get some work on campus within the 11 privately funded research centers or internship opportunities. This helps as they write their required senior thesis.

Our tour guide, Anna, was actively involved on campus and double majoring in chemistry and economics. She described the typical CMC student as work hard play hard, very busy, collaborative, but not competitive and overall very happy. Since 94% of students live on campus and five separate colleges organize activities, she said she never lacks for something to do on the weekend.

There is no Greek life and all parties are open to all students. There is also a very cute town within a ten-minute walk from campus and plenty of outdoor activities as well. The metro line is at the foot of Pomona’s entrance, but Anna said most kids do not leave campus.

CMC takes a holistic review for admissions with no hard and fast cutoffs, however it is a highly select

school. They superscore both the ACTs and SATs and do not see how many times a student takes the exam. They will read everything. They also offer an optional 2 minute video, which can definitely help them see you as a potential fit. Overall CMC wants active, engaged students who will add to their community of leaders, thinkers, and doers.

CMC is the most conservative of the five colleges and a definite no-no is to copy the Legally Blonde video where Elle is in the hot tub. (Apparently many students submitted copy cat videos not realizing that lack of clothing is almost never appropriate for an admission video!) They also offer an optional alumni or admissions interview.

CMC is need blind for domestic students, but not for international. International students can, however, get merit aid. There are several types of merit scholarships including an interdisciplinary science program for students interested in studying science and something else as well as a first generation scholarship. Applications must be in by December 1 for merit aid consideration. Merit scholarships range from $10,000 to full tuition.

The student body is divided by approximately 33% from California, 15-20% international and the rest from outside of CA with NY, NJ, WA, DC, MD, VA, TX, IL, and MN the most represented states. Approximately 1/3 of students are Republican, 1/3 Democrat and 1/3 Moderate.

Claremont McKenna College offers a unique educational opportunity for students who want to learn for the sake of doing and offers access to an amazing group of speakers and four other distinct colleges communities. It’s also great for busy, active students who want to engage and like the outdoors and Southern California lifestyle. 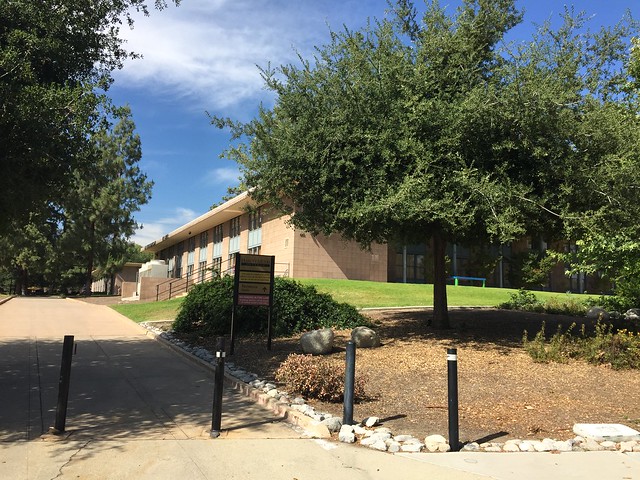