The Denison campus sits atop a hill with a beautiful view of the town below.  I had the good fortune to sit next to a Japanese Professor, Michael Tangeman, who is part of the East Asian Studies department at breakfast.  He told me about the numerous opportunities for students to study languages at Denison as well as take advantage of study abroad programs.  Students who are more advanced in their studies, can opt to do a directed study with professors to pursue their language more deeply.  Denison recently hired a full-time Arabic professor (she was previously part-time between Denison and Kenyon), so they have a commitment to providing students with a large array of languages.

Denison is 100% residential so they look for students who will fit in well with the community orientation of the school.  I heard several people say that they look for “whole” people or some variation of that theme throughout our visit.  I asked one male student why he chose Denison and he said that he wanted to be a good professional and a good person.

The campus itself is quite beautiful and self-contained.  The main residential and academic building sit atop a hill and the arts facilities, including a brand-new, state-of-the- art, art building, dance studio, music building, and theater are at the bottom of the hill.  In the past, it seemed like the “visual and performing arts” were a separate and distinct entity, but now it seems much more integrated into the overall community.  Students walk down a somewhat steep staircase to access those buildings and then continue a few more feet into a cute little town with restaurants, shops, etc.

We spoke at length to the Chair of the Art department.  He said that he has seen a real change in Denison students and the overall educational environment since he came in 1995.  At that time, Denison had a reputation for a preppy, wealthy student body that was heavily Greek and not terribly academic in nature.  He has seen that evolve tremendously over the past 15+ years.  While the students are still mostly preppy, the school has made a concerted effort to offer plenty of other non-Greek opportunities for students including concerts, magicians, movie nights, theater, and other arts oriented programming.  Additionally the student body is more diverse than in the past; 24% of the population is “multi-cultural”, 4-5% are international, and one in six students qualifies for a Pell Grant (For those families earning < than $40,000).  Denison is also a Posse school (schools that take a cohort of minority students from the Posse Foundation and offer free tuition). Denison offers generous financial aid as well as merit aid.  94% of students receive some form of institutional aid.  The average merit aid is 50% of tuition and the average student debt (not including parents’ debt) is $16,000 upon graduation.

Our student panel was a good mix of students representing states as diverse as Seattle, North Carolina, Indiana, and Chicago.  Students for the most part are preppy, clean-cut, athletic, open-minded, politically engaged (many students talked about the excitement of the 2008 election), unadorned, and interested in expanding their views.  A football player described how he took an art class for the first time and discovered that he actually had a talent for it.  Another student spoke about being a DJ on the radio and how the social action emphasis on campus provided students the opportunity to speak out on issues such as sexual violence against women.  One of the students was on several official school panels and when asked what was a “hot topic” on campus, he talked about “medical amnesty” on campus.  When pressed, essentially that means that students were encouraged to come forward if one of their friends was drunk or on drugs and at risk without repercussions.  They assured us that this wasn’t a major problem, but more as a way to protect students.

Sports and Greek life also influence the social life.  Denison won the Men’s DIII Swimming title for the first time in 31 years from Kenyon,  bringing a lot of excitement to the campus.  Approximately 30% of students participate in Greek life.  Columbus is about 45 minutes away and there is also a great outdoor shopping center within 20 miles.

Denison has good “town/gown” relations with the town of Granville.  In fact, every Wednesday is “Blue Grass Wednesday” where older community members play blue grass music in the student center.  It was a true slice of mid-western community and the students enjoyed the peaceful sounds of the guitars and song wafting through the student center.

Denison is a great school for a student who wants a strong community, engaging, athletic, preppy students, and is looking for a strong liberal arts college and could use some merit money to help manage the costs of attendance. 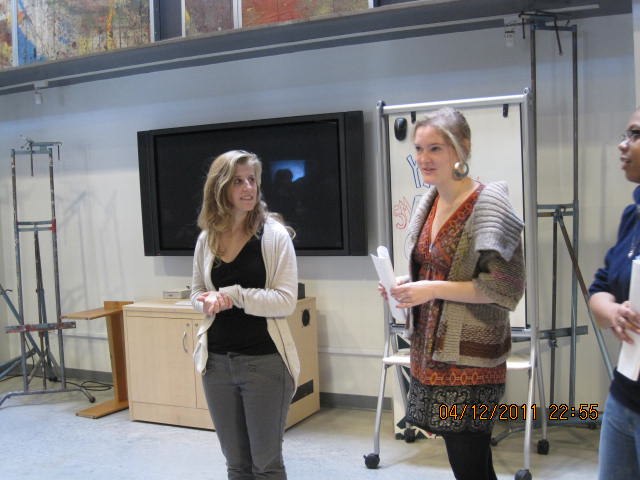