I was excited to visit Furman University because my nephew had graduated from Furman in 2015 and I had heard great things about the school.  When I pulled into the expansive red brick, uniform campus, I felt like I had arrived at a country club or prep school.  There is a central mall (walkway) that runs through campus peppered with fountains.  The campus overlooks a beautiful lake with a path circling the perimeter. Furman offers outdoor enthusiasts many opportunities to enjoy nature from biking or walking one of the many paths that connect campus to downtown Greenville or Traveler’s Edge  to hiking or fishing in one of the local mountains or nature reserves.

Greenville, a vibrant city that is a 15 minute bike or 8 minute car drive away, sports cute shops, mixed use commercial space with cool restaurants, theaters, apartments, and art galleries.  Students can bike or walk along the river and see waterfalls and a suspended bridge.   There is even a BMW performance driving school for additional thrill seekers.

For the first part of the tour, we walked through the center of campus.  Our tourguide was a senior from South Carolina double majoring in music and business.  She was a thoughtful, soft-spoken young woman, who felt right at home at Furman.  She said her most challenging course was a music theory class where she had to analyze various compositions.  She had participated in numerous musical groups on campus including the marching band and that was one of the things that attracted her to campus. She possessed a quiet confidence and not surprisingly was going to Princeton Theological Seminary next year for a masters degree to become a reverend.

After the walking tour, we boarded a large golf-cart to tour the rest of the campus.  Andrew, from Fairfax, VA was our tourguide for this section of the tour.  He was a sophomore majoring in political science with an interest in becoming a lawyer.  When he visited c ampus, he sat in on a political science class and the professor he met told him about a program he runs in the British Isles for political science majors.  He developed a strong relationship with this professor over the past two years. Andrew was excited that he would be able to join the same professor on the study away program in the  British Isles for his final time leading the program.

Andrew is a clean-cut, intellectually engaged young man.  He really liked how Furman professors and students offered a lot of different perspectives which opened him up to seeing a variety of political points of view before forming his decision.  Andrew is also very involved in club lacrosse, which is very strong at Furman.  Even though it was a club team, he said many of the DI students had started playing on the club team and as a result, they were playing at an extremely high level. On the golf cart tour we got to see the full expansiveness of the campus, the environmentally sustainable cabins that upperclassmen live in as well as the dorms and fields.  The resident of the “model” dormroom was a resident advisor for an upperclassman dorm who also sits on the residential life board.  Currently all dorms a single gender by floor, but she told us about a new initiative that would allow students of different genders to live in the same room as upperclassmen.   Our tourguide heard about this new initiative for the first time, but took the news in stride.

The students we met were clean-cut, preppy, thoughtful, and intellectually engaged.  The person leading the information session was wearing a bow-tie.  (I remember my nephew who was raised in Los Angeles had to spruce up his wardrobe to fit in!) Eric, the admissions representative and Furman alum described the dress code as Southern Tide (the southern equivalent of Vineyard Vine) and Anthro-preppy (Anthropology meets J.Crew!).

The vibe at Furman is Southern.  The students are well dressed, conservative, and open-minded.  Eric described the students of right of center, not the “new right.” Students are engaged in political thought, but not specifically politically active; students did not protest the 2016 election.   While Furman was initially founded under the Southern Baptist Convention, it ended its religious affiliation in 1991.  Many students are involved in religious activities and go to church on Sundays in the community, however there is no pressure to do so and over 20 religious are represented on campus.

Furman believes in engaged learning, with more emphasis in the classroom on participation and experiential learning.  The classes are small and professors like to know their students.  Career Services works with the students, one on one, to help them obtain their internships. They also have wonderful research opportunities for the students.  Students are required to take 32 Cultural Life Programs or CLPs, which  1-2 hour information sessions with topics ranging from Salsa dancing to Rwandan Genocide.

There is a good social life on campus, Greek life is big, and approximately 1/3 of the students participate.  Furman has Division 1 sports so kids take advantage of tailgating and attending games.  The students also like to go to town for enjoyment.  Students live on campus all four years, so that makes for a strong community.

Furman offers a wide range of programs with business and political science among the most popular majors.  They also offer a Bachelor of Music and a BA in music.  It prides itself on teaching students critical thinking skills and strong interaction with faculty. Just under half of the students study away and many of them do so through a Furman faculty led program.  They also offer a Maymester, a month-long intensive class.

Furman take a holistic review to their admissions. They want to see students who challenge themselves, but do not drown themselves.  Furman is test optional and recommend students do not submit their scores if they are below a 1310 for the SATs or 27 for the ACTs. They do, however superscore both the ACT and SAT and recalculate students’ GPAs.

Furman is generous with merit aid where the majority of students get between $5,000 to $20,000.  They also have several out-of-state and in-state larger scholarships as well as talent-based scholarships that require auditions for Fine Arts or recruited athletes.

The top crossover schools for applications are Elon, University of Richmond, Wake Forest, Washington and Lee, and Davidson.

Furman is a great school for students looking for a beautiful campus in a thriving metropolis surrounded by nature.  It’s also great for students who want a Southern, conservative vibe with clean-cut, preppy, athletic, thoughtful students who like to have fun. 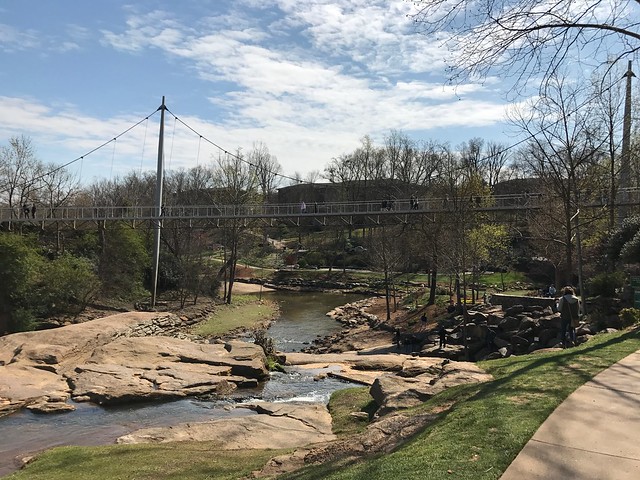