Lawrence University is a pretty campus with an eclectic mix of mid-century and modern beige brick buildings. The conservatory is across the street from the main campus.  The town of Appleton, WI is very cute with numerous shops, restaurants, and bars.  It is especially hopping in the warmer months and home to numerous festivals.

Our tour guide, Chris, was a senior conservatory student, so we got an in-depth tour of the nooks and crannies of the music building. We met a senior viola player practicing for her senior concert; we snuck into the chapel, which serves primarily as a concert hall and observed an organ lesson in progress.  The music filled the stained glass chapel with a richness of sound.  Then we walked through the practice rooms and saw a Jazz professor leading an improvisational music class with about 10 musicians.

The visual art facilities were also impressive with numerous studios and works in progress.  Our tour guide chose Lawrence over University of Rochester’s Eastman school of music because he wanted to have the opportunity to join ensembles as a freshman without competing with graduate students.  He is in 11 music ensembles and, as a senior, coordinated a musical performance among his colleagues.  When he auditioned for Lawrence, Chris played for the head of the department in his office.  Halfway through his audition, the professor stopped him and started giving him some instruction.  Before Chris knew it, he was led into a concert hall in the middle of a practice session to meet the Jazz professor.  He was so impressed by the openness of the professors and the warmth of the faculty that he was sold on Lawrence.  This has continued throughout his 4 years.  Next year Chris will be attending NYU to obtain a masters in performance for the trombone. Our tour guide at Lawrence

We met several students during our visit with a wide variety of interests including Yagmur, a young woman from Cyprus studying biology and neuroscience.  She was a tour guide, part of a sorority and served as a teacher’s assistant for biology. Sylvie, a theater and gender studies major from Chicago, worked at the radio station and was part of a sorority. She chose Lawrence because she wanted a school that offered both a BFA and BA in theater and had a strong LGBT population.  Andrew, a history major from Wisconsin, was recruited to play basketball and also served on the student athletic advisory committee.   Michael came from Montana and he chose Lawrence because he wanted to study physics and music without sacrificing the quality of either.  Finally Mario, came to Lawrence from Brooklyn as part of the Posse Organization (an organization that identifies students with high potential from underrepresented minorities and covers full tuition, room and board for a group of 10+ students per year).  He was majoring in gender studies and psychology and was a member of a dance organization. Student common are at Lawrence

Lawrence is one of the “Colleges that Changes Lives” written about by Lauren Pope in his book of the same name.  I could see why; Lawrence students seemed happy, liberal, artsy, eclectic, diverse, open-minded, and accepting.  There is fluidity between the music conservatory and the college, which provides for a lot of musical opportunities.   75% of students are in the College of Liberal Arts and 25% are in the Conservatory. Almost a quarter of students are recruited athletes and 22% are Pell eligible and 75% come from outside of Wisconsin.

All students take a freshman studies class called the Great Works Seminar. Professors from all different departments teach the class so everyone learns together.  The curriculum changes each year, because each division creates a list of appropriate works for students to study across humanities, social science, science and fine arts and can include films, literature, dance, music or science.

Lawrence has very strong learning support for students who have special needs.  They also have about 12 students who are on the ASD spectrum.  They provide numerous accommodations for students with the proper documentation including extra time or separate testing area, ASL interpreter, or note takers.

Getting In and Paying the Bill

Admission takes a holistic approach to admissions; they are test optional so academic rigor and essays play a big role in acceptance.  The conservatory requires an audition and students must get accepted to both the college and the conservatory.  Approximately 60% of students get some form of merit aid ranging from $5K to $20 K.

Lawrence is a great school for open-minded students with a wide range of interests.  It is also a great choice for students who want to study music in a conservatory with access to a small liberal arts college. 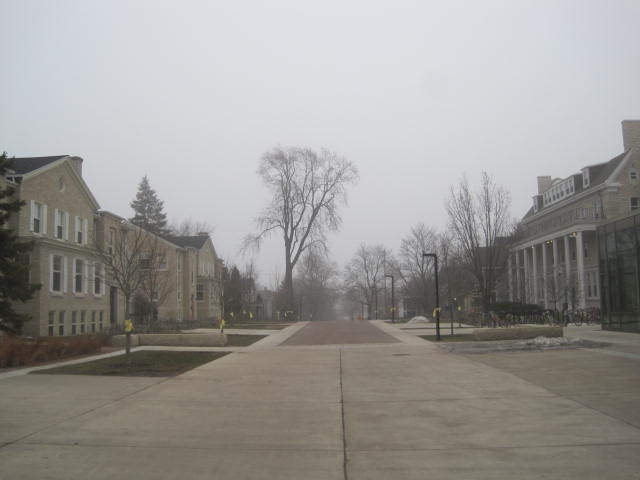