Middlebury is a highly select liberal arts college with approximately 2,450 students on campus during the year and another 400 student studying abroad. Middlebury prides itself on its global awareness, close-knit community, strong faculty-student interaction, and environmental initiatives.  The student body is roughly split down the middle between public and private school students with about 20% students of color.

The campus is lined with beautiful, grey stone buildings, expansive lawns, a golf course and state of the art athletic facilities.  It is set in a picturesque, quaint Vermont town about 45 minutes from Burlington, VT and 30 minutes from a local ski/snowboarding mountain. Middlebury has a Two plus One calendar term with two full semesters and a month-long J term where students take one class in depth during January.  This gives students an opportunity to explore a variety of subjects and experiences.  For example, several dance and performing arts troupes travel abroad to perform during the J term.

Middlebury has study abroad programs in 37 countries and offers extensive language programs.  Two-thirds of the student body studies abroad.  As we toured campus, we saw “No English” signs peppered throughout campus as a reminder to summer students who came from all over the world to participate in one of their 10 summer language programs. As we ate lunch at a nearby café, we heard students speaking broken Hebrew and French as they strolled through town.

Environmental Studies are also robust at Middlebury and not just in theory, but in practice. The college is committed to a zero carbon impact by 2016.  Our tour guide, an environmental studies major, excitedly explained to us how the bio-mass building uses reeds that are cut down every 7 years and replanted to have a neutral carbon impact.

There were not many Middlebury students on campus, but the ones I saw were engaged, intelligent, athletic, outdoorsy, and passionate about their given area of study.   40% of the students are Varsity athletes and 75% participate in intramural or club sports.  The Mountain Club is the most active club on campus, consistent with the outdoorsy persona.   It was also recommended to take up skiing or snowboarding as the winters are long and it makes them much more fun.  Students work hard, but they also play hard.  There are no fraternities or sororities, but there are Social Houses and roughly 10% of the students participate.  Performing arts is also very big on campus.

Our tour guide described how he had taken a German class on a whim because he found the teacher “cute” and ended up taking a Gap Year after his sophomore year and working in Germany.  He opted to take the Gap Year because he wanted to time to find some direction and also because he didn’t want to miss another year at Middlebury!  Middlebury strongly encourages students to take a Gap Year and offers admission to 100 “Febbies” as the affectionately call them for students who start and end in February.  There is a welcome ceremony where old “Febbies” ski down the hill carrying torches to welcome the new February admits. 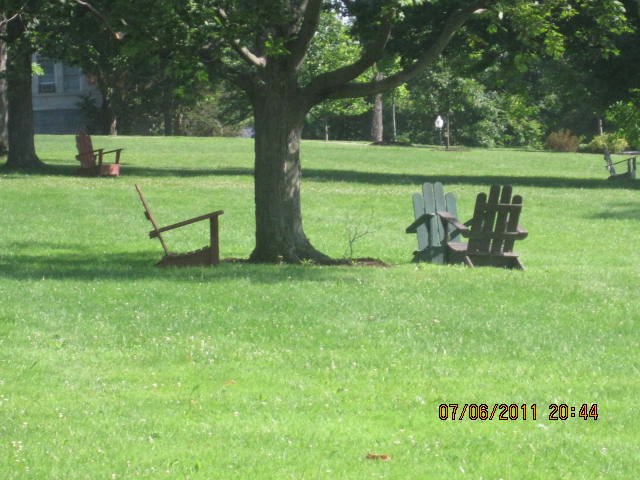