New York Film Academy rolled out the red carpet for our visit to Los Angeles, literally, as they set up the opening cocktail party on the ‘European’ set of the Universal Studios studio back lot. It was a beautiful night, perfectly lit by the lighting professor.

I had the chance to speak at length with Jean Sherlock, the CEO.  He described how his father got his start in the textile industry in NY and purchased the rights to Tom Clancy’s book, Hunt for Red October and produced the film.  He did not like the way he was treated by the “Hollywood” types so he started New York Film Academy (NYFA), initially offering 4-week courses. Those programs were highly successful and NYFA grew into the school that it is today with campuses in NY, LA, Abu Dhabi, and Australia.

The LA campus is housed in several office buildings adjacent to Universal Studios.  Students have use of the back lot for filming and creating content.  They also get a 50% discount at the costume house on the lot.  There are no dorms, but a housing coordinator helps students secure apartments in Burbank and acclimate to the area. NYFA offers an Associate of Fine Arts, BFA, and MFA.  There are about 900 students in LA. They also offer Advanced High School programs and pre-college summer programs.

It has open enrollment so anyone can go. Tuition runs $40K per year, which does not include room and board.  They do offer some financial aid, but the CEO was not really clear on how it worked.  It seems like they accept the FAFSA and <20% get aid.  About 60% of the students are international at the LA campus.

Only 15% of last year’s class had a job in the industry after graduation, however as the CEO said, it is hard to measure because many of the jobs are contract based.   The program is extremely hands-on and students take classes in all areas of the business.  The goal is to teach students how to work collaboratively with others and have a good understanding of all sides of the business.  Given the changes in the industry in the last two years, making it much easier for would-be film makers to produced high quality product with little money, they said it is no longer who you know, but “who knows you.”  To that end, NYFA teaches students how to market themselves whether they are actors, directors, producers, or cinematographers.  They show students what they need to do to get a job, but don’t necessarily provide formal connections.  There are, however, numerous opportunities to meet and interact with industry professionals from pitch meetings, to screenings to guest speakers.  Some of the guest speakers included Steven Spielberg, Ron Meyer, Rob Reiner, Ron Howard, Richard Dreyfus, Nancy Meyers, Kathleen Turner, and Brenda Vaccaro.  Lou Gosset Jr. is joining the acting faculty next year. Professors all work in the industry and are very passionate about what they do.  All of the professors have an MFA, usually from one of the top film schools, e.g. USC, UCLA, or NYU.  The BFA program is about 3 years old.  NYFA currently has national accreditation, but they are also trying to get regional accreditation, which is more difficult to obtain.  We met a full panel of professors from the Chair of the Acting program to the Dean of Liberal Arts to a Cinematography professor.

I spoke with the Dean of Liberal Arts.  About 30% of the classes are in liberal arts.  He said there is a wide range of ability, but the classes are small so they can customize by level.

The Cinematography professor was very bright.  He went to UC Irvine and USC for a MFA in cinematography.  He also had expertise in lighting.  He said that the key difference in their program is that students do not need experience and that students get to work one on one with professors who teach them the hands on technique to learn how to film.  For example he had met his students at 7:30 am that morning to shoot a film on the beach.  He also worked professionally in the field.  All students start working in film before moving to digital.  This gives them a clearer understanding of how the process works.

NYFA is a good school for students who know that they want to go into the film industry and want a highly intense, hands-on experience with professionals in the field.  Students also enjoy the large international population and access to their professors. 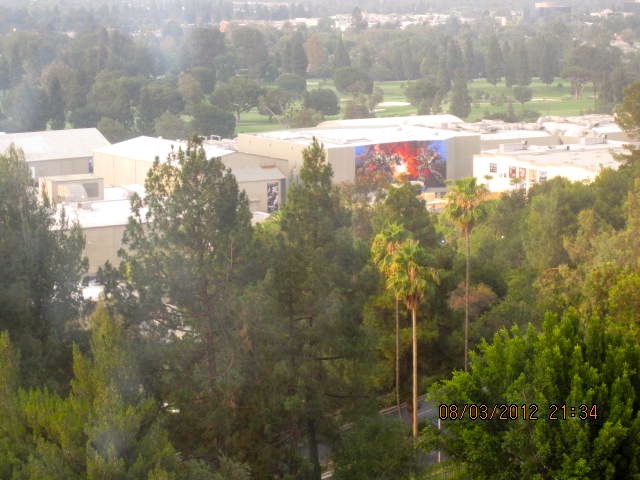