On game day, Penn State was transformed. Parking lots filled with RVs and people dressed in blue and white filled the campus and town.  All Penn State athletes lined the sidelines of the football field wearing their “OneTeam” t-shirts. As the stadium filled, you experienced the pride. It appears that the taint from the Sandusky scandal has begun to lift.

School spirit was abundant. Walking on campus as part of a tour, people shouted “We Are” at us, and we were instructed by our tour guides to yell back, “Penn State!”

The campus is surprisingly compact stretching approximately one square mile along College Ave.  The facilities are attractive and up-to-date.  Most upper classmen live off campus but very close by. Somehow the campus did not feel overwhelming despite being home to close to 40,000 students.

As Lisa outlined in her Penn State write up – there are many stand out programs at PSU and a broad range of opportunities for students with varied interests. Happy Valley is indeed a happy place and PSU is a must visit for students who want big school spirit in a more rural, small town setting.

Last week I “spent a summer day” at Penn State’s main campus in University Park.  We arrived by bus and our tour guide for the event, Dave, who graduated in 2006 from Schreyer’s Honors College with a degree in Communications, accompanied us from New York.  He spoke enthusiastically and honestly about his experience at Penn State from how he gamed the scheduling system to help his brother obtain classes, to the fabulous experience he had at the honors college, to his overall love for the college and his experience.  After a stint as a journalist, Dave is currently teaching Media and Communications at a high school in the Bronx, NY.  We stayed at the Nittany Lion Inn, a beautiful, student-run hotel from the school of hospitality.

Penn State’s campus is large, but contained.  It is beautifully manicured and maintained and while it is considered a rural location, you feel like you are in your own world.  University Park, the town that surrounds Penn State, has everything a college student could want from cute shops, to Starbucks, to bars, to a self-serve yogurt store (with 20 flavors!), to 5 Guys.  All of the colleges are within walking distance from each other (about 20 minutes from one end of the campus to the other), but there is also a free shuttle bus that runs continuously to take students around campus and town. There are 13 colleges at the main campus including the College of Agricultural Sciences, Arts and Architecture, Business, Communications, Earth and Mineral Sciences, Education, Engineering, Health and Human Development, Information Sciences and Technology, Liberal Arts, Science, Nursing, and Undergraduate Studies (undeclared). We had the opportunity to visit several of the colleges during our stay, however, given the number of programs, it was hard to see everything.  Penn State is filled with opportunity and while they have a good academic advising system to guide students, it’s important for students to take initiative in taking advantage of them. I visited the Smeal College of Business and spoke with some students there for the summer running the Nittany Lion Fund.  This is a student run mutual fun of approximately $4.6 million dollars of alumni money.   Around 25-30 students manage the fund every year and each one focuses on a different financial sector. Smeal has a trading floor available for students to get more real-world experience.  Students can transfer into Smeal at the end of freshman year provided their GPA meets the requirements.   Finance requires a 3.5 GPA and the other business majors require a 3.3 GPA.  Students in Smeal seemed buttoned up, professional, and very focused.

Penn State has an impressive Arts and Architecture program which houses visual and performing arts, music, and architecture. The Fine Arts major requires a portfolio for admissions. The portfolio should focus on the process, not just the finished product.  The Architecture major does not require a portfolio for admissions. Architecture used to be housed in the College of Engineering and had been more structure based in the past.  It is becoming more arts and design focused since it moved to the College of Arts and Architecture.  Students have a beautiful space to design future structures as well as a state-of-the-art 3D electronic studio to display their designs.  There is also a small, but cozy, library in the College for students to study and review books and magazines. Penn State’ highly selective Performing Arts Program is also housed in the College of Arts and Architecture.  They offer a BFA in Musical Theater, Acting, Design (stage, lighting, and costume). They also offer a BA in Acting.  All of these programs require an audition and/or interview and portfolio (for Design program).  They only accept 12 freshmen for each of the performing arts majors and even fewer for the Design programs.  In total, there are 200-250 performing arts students in the school, and they rank in the top 5 programs in the country. Penn State requires an audition for music majors and scholarships.  52% of music majors receive some merit scholarships ranging from $1,000 to $13,000 per year. The students in these programs are more artsy than the typical Penn State student. The College of Engineering is also one of the more select colleges at the university.  It offers a wide range of majors within engineering from energy to bio-medical to architectural.  They also offer a coop program for engineers as well as a plethora of research opportunities and interdisciplinary projects with the school of architecture and visual arts. Schreyer Honors College is the most competitive academic program at Penn State accepting approximately 300 students per year into the program.  These scholars receive a $3,500 merit scholarship per year and have the option to live together all four years, take up to 50% of their classes as honors classes, priority registration, and outstanding mentorship and research opportunities.  There are several essays required for admissions and professors review these essays with great scrutiny to determine admissions into the program.  They are trying to ascertain intellectual curiosity and drive.

Admissions at Penn State is by the numbers.  Two-thirds of the decision is based on a student’s academic transcript, e.g. GPA and academic rigor.  The remaining third is based on test scores, essays, activities, and special talents.   Penn State looks at the best ACT with writing or SAT score for a single sitting; they do not super score either test!  This is different than most other schools.  Penn State also offers a fall or summer session admission option for incoming freshman.  For students on the border, it behooves them to check off that they would consider a summer admission.  While University Park is the main campus, Penn State has 23 other campuses that are considerably less select and students can easily transfer after two years to the main campus.  While Penn State does meet full demonstrated need, the majority of the financial aid comes in the form of loans.  They offer a small number of merit scholarships for freshmen, but say that there is the possibility of more money as a student proves himself as a student. Socially Penn State has a wide offering of activities, but football, Greek Life, movies, concerts, and drinking rank high among the social life.  With so many students in one place, there is always something going on.  Approximately 40% of the students come from out of state on the main campus. Our tour guide, Dave, was in a musical fraternity; so Greek life can be varied.  There are also several themed housing options.  The Creamery is a hot spot on campus where fresh, homemade ice cream is abundant and hordes of people line up to get a gigantic cone or take home a ½ gallon stored in dried ice.

Penn State is a fabulous environment for a student that wants a big rah, rah school, with a beautiful campus, a plethora of opportunities, and the ability to seize them. Penn State boasts a strong, active, and supportive alumni network, which helps when looking for jobs and internships.  Be sure to touch the nose of the Nittany Lion for good luck! 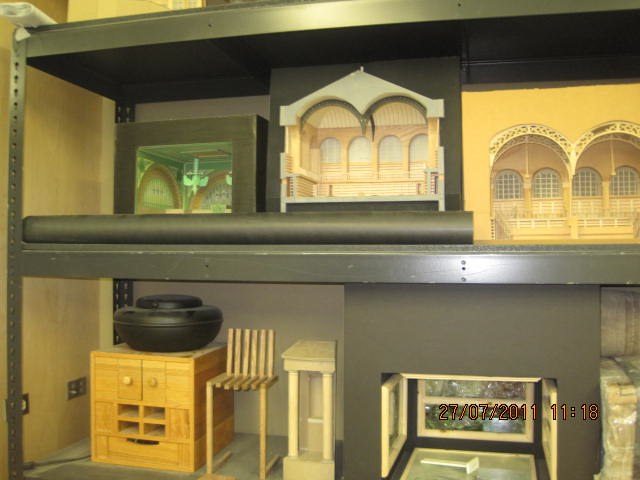