Rhode Island College (RIC) started out as a teaching college and has morphed into a four-year liberal arts college over time.  Many of the students commute to campus, but that does not prevent them from being involved in the school’s community. The college itself feels almost like two campuses.  One part of the campus seemed run down and standard issue regional state university, whereas the other part of campus was undergoing significant building projects and had renovated buildings with a pretty quad.  We saw a group of students who were celebrating an end of semester science class outside and another group of business students dressed up in suits presenting their end-of-year business presentations and a research fair.  We sat with a professor of English who talked about the wide range of students and how much the college has evolved over time. During lunch, a flute duet entertained us with some wonderful music.  There appears to be a good music and theater program.  Most of the students on the panel attended RIC or transferred to RIC because of the value and the ability to live at home to reduce costs.  The student body was among the most diverse that we saw during our RI tour. There are also several merit scholarships available.

RIC is a good option for Rhode Island residents who want a good liberal arts education at an affordable price. 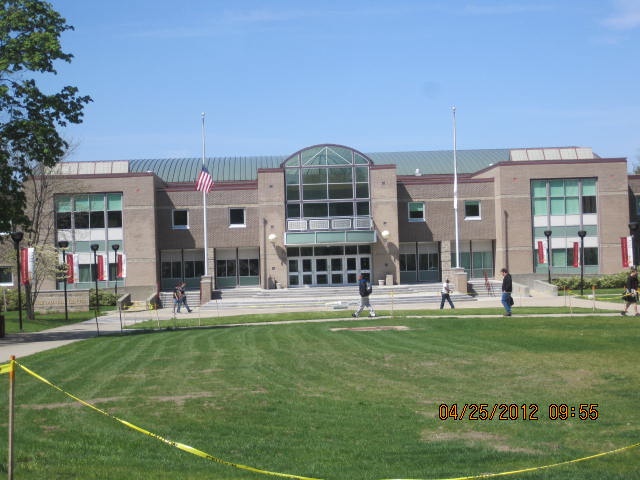