Dec. 2011 – RU is expanding and updating their facilities as we learned on Dec 6th during a very informative counselors day. The Livingston Campus in undergoing a two billion dollar renovation with the construction of a new school of Nursing, Public Policy and residence hall for the engineering and pharmacy students.  The Busch Campus opened the new Busch Engineering, Science and Technology dorm (B.E.S.T.).

In downtown New Brunswick, a walk from the College Avenue Campus, you can see the new Barnes and Nobles being constructed.  It will be the largest in the country. Next year, there will be a 4% reduction in class size in order to enhance the student’s overall experience.

The message is loud and clear that Rutgers is doing what they can to keep up their fine reputation as an excellent academic and research university.  All over campus, you can see the signs that say NJ Roots, Global Appeal.

Feb. 2011 – Immense, sprawling, disjointed, ethnically diverse, overwhelming, filled with opportunity, excellent academics, need to take initiative all came to mind while I was touring Rutgers University in New Brunswick last weekend.  As is typical, we saw a short video with students from every background lauding the school.  Then we gathered on the bus and were shuttled across the five residential campuses that could not have been more diverse.

The Busch campus, where Pharmacy and Engineering are housed was a collection of non-descript, boxy, uniform brick buildings.    The dorms were standard-issue rooms, warmed by thin layer of carpeting on the floor.  The College Avenue campus, where the College of Arts and Sciences resides, was bustling with the energy of a somewhat tired, but vibrant urban setting in parts and an upscale, artsy area on the other side around the theaters. There is quad area that was covered in snow, however in the warmer months students congregate there and enjoy the setting. Cook and Douglas are more secluded and wooded.  Douglas is all female. Cook houses the school of agriculture and animal sciences and is home to a working farm and horse stables.  Mason Gross, the renowned conservatory sits between Cook and College Avenue campus.   The last school on our tour, that is much removed from the other campuses, was the Livingston Campus which houses the business school.  Thanks to a large donation, a new building is under construction slated for completion in 2013.

Our tour guide was energetic and self motivated.  She has taken advantage of the many opportunities available, however she said that it was difficult the first year until she started reaching out and taking initiative. Students go home on the weekends about once a month in during freshman year and by sophomore year once over several months.  Approximately 13% of students are from out-of-state.

Academically, 25 of Rutgers’ 100 majors are in the top 20% of their field.  The school of Pharmacy is the most competitive; in 2010 they accepted 14% of their applicants and the average SAT score as 2150.  Students enter directly into the PharmD program and receive a doctorate after 6-7 years.  The school of engineering is the next most competitive, in 2010 it accepted 50% of its applicants with an average SAT of 1950.  Mason Gross is also highly competitive and requires an audition for admission.  Rutgers also places a lot of emphasis on undergraduate research.

Rutgers’ size is both a positive and a negative.  For students who are not afraid to speak up and seize opportunities, Rutgers will provide a wonderfully diverse, exciting, real-world environment.  However, for students who get easily overwhelmed, they may feel lost. 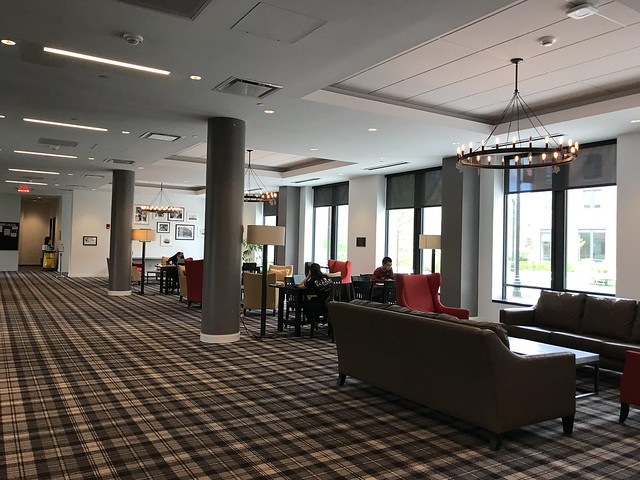