The Hebrew University of Jerusalem

The Hebrew University of Jerusalem sits at the top of Mt. Scopus overlooking an expansive view of Jerusalem. The students were in finals just before their summer break. Classes don’t resume again until mid October since most of the Jewish holidays are in September. The campus is huge with Jerusalem stone buildings for every discipline including education, social work, agriculture, sciences, computer science & engineering, nursing, law, pharmacy, and the humanities.  We toured the main part of the campus, which boasts a comprehensive students center with numerous food offerings, travel, and other services.  We got a delicious smoothie, which given the heat, was especially refreshing. However before we could enter campus, we had to provide our passports and go through security (which I guess is not surprising since that is standard practice in Israel.)

Students seemed happy and relaxed. (Perhaps because they were toward the end of finals!)  We saw a diverse student body including Muslims, Israelis, Americans, Asians, and other Europeans.  We met a group of Spanish speaking Jews who hailed from Spain, Bolivia, Uruguay, Mexico and one Italian student for good measure.  It’s also a popular school for Americans studying abroad. The campus has lots of foliage and flowers as well as a Botanical Garden.

Based on the wall of famous professors, science seems to be very strong as there were numerous posters of scientific discoveries from professors at the school.  Not surprisingly, research has a strong presence on campus and HU participates in EU EURAXESS, a mobile research initiative whereby students can find research opportunities at various partner institutions throughout Europe.

There is also a bus system that takes the 23,000 students between the various schools on campus.  HU offers three undergraduate tracks as outline Dual-Major Track students take courses in two departments; the combination might include two major departments at equal status or a major and a minor. Examples: Business Administration and Economics; Mathematics and Philosophy.

Hebrew University has excellent learning support including three support centers including one in the dorms at the Mt. Scopus campus. HU is a great school for students who want a large university in a major city with an Internationally diverse student body.

The Hebrew University of Jerusalem 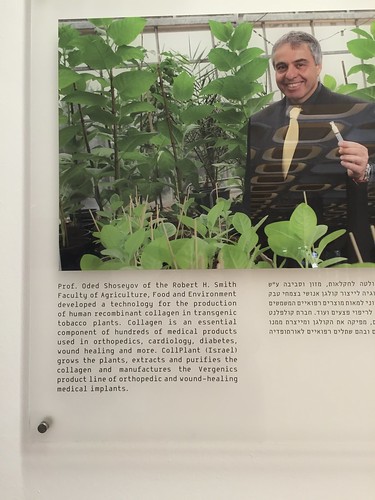