We arrived at Tulane two hours before our tour after spending the morning tooling around the French Quarter in New Orleans.  We basked in the warm 75 plus degree weather as we walked fifteen minutes to Maple St., where there are numerous shops and restaurants near campus.  We had a delicious lunch at Satsuma café, which was crowded with local residents and students dressed in shorts and tank tops with a sort of funky, bohemian flare.  There is a lovely park and zoo across the street as well as the trolley car, which runs down to the French Quarter.  However, most students said they do not spend a lot of time there.

Before the tour, we met up with one of my former clients and she showed us her off- campus house, which was  a five-minute walk from campus.  She excused the post-Mardi Gras detritus outside, but inside the house was cute and spacious.  She explained that a majority of juniors and seniors live off campus.  She was a communications major and really enjoyed her experience and the close interactions with professors. She had also spent her first semester studying in Copenhagen.

Campus was bustling with activity and students, in large part due to the gorgeous weather and because it was a Friday afternoon right after Mardi-Gras.  Students lounged outside their dorms on the balconies reserved for sophomores and above, sunned themselves on the large open quad area, or played “beach” volleyball on the sand courts set up beside the dorm.  As our tour guide said, the great thing about going to school in New Orleans is there is always some festival to celebrate.

different types of students, from the group of fraternity brothers walking in unison wearing suits and ties accompanied by a few scattered girls in black dresses, to the kids in shorts and tank tops, to students with converse and jeans or funky tops and boots.

Rachel Rosenberg, the Admissions Counselor who led our information session, described the unique aspects of Tulane.

Academics.  Tulane combines a strong community of 6,800 undergraduates with a major research institution mixed with the benefits of a small liberal arts college.  There is a lot of academic flexibility because students are admitted to Tulane, not an individual college.  Approximately 30% of students double major and 70% major and minor.  Professors build strong relationships with students inside and outside of the classroom.  Tulane academics also include an experiential portion by integrating the community and city of New Orleans into the curriculum.

Student body is geographically diverse; on average students hail from 900 miles away from Tulane.  What unites the students is their desire to be at Tulane and their demonstrated interest in the school, which is critical in the admissions process.  They recently opened a football stadium on campus, which adds to the social scene and school spirit since students can now tailgate right on campus.  The geographic diversity also lends itself to far reaching alumni network.

Location. New Orleans has its own culture, food. New Orleans’ residents are always looking to celebrate from the Jazz and Heritage Festival to Mardi Gras.  Post Hurricane Katrina, Tulane made a conscious effort to integrate public service into its curriculum because there was such a great need to give back to NOLA.  Community service is part of the core curriculum and what students do in the community relates directly to what they do in the classroom. For example students in a Spanish class taught ESL to local elementary school students.

They want to feel the love and if students do not demonstrate interest or a good fit and reason for being at Tulane, they will likely not get in.  They take a holistic review and look at the following criteria in order of importance as listed below.

Tulane is very generous with merit and need based aid, but they do not meet full demonstrated need. Approximately 80% of students get some form of aid. Students are automatically considered for merit aid, which ranges between $10,000 and $32,000 per year. There are also a few full scholarships, which require a separate application.  The average need based aid is $30,000.

Summary:  Tulane is a great school for students who want a good mix of work and play, enjoy the warmer weather and desire a strong community that values giving back. 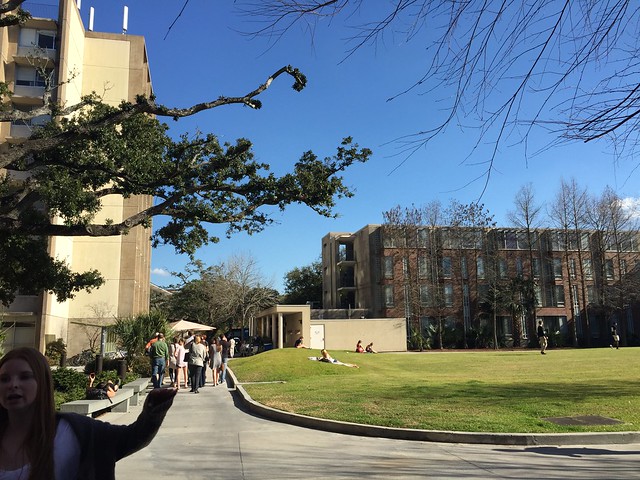