UC Davis is a beautiful, flat campus nestled between Sacramento and the Salinas Valley.  It’s about an hour’s drive from San Francisco.  Davis has very strong programs in Agriculture, Viticulture (wine making), and Animal Science.  Students who are interested in learning to brew beer will also find a great home. Engineering and the sciences are also strong.
We spoke with a girl who had just graduated with a degree in neuro-science. She had done undergraduate research and loved Davis. She said the community and excellent town/gown relationships were her favorite part of the campus.  She was deciding between med school and a Masters or PhD in science, but was going to the Peace Corps as an interim step. She had done research at the Mind Institute in Sacramento as an undergraduate. The campus is peppered with bicycles all over with an Outdoor rental shop right in the middle of campus.   Students cycle between classes with numerous bike racks available to park their bikes. There is a beautiful Mondavi Center for the performing arts on campus.  Given Davis’ proximity to the wine country, many students go into the wine industry after campus.
We also met girl who had just graduated from the University of San Diego in marine biology. She had focused on sedimentation and got a job at a local grower analyzing the soil for its produce and interfacing with the FDA. The majority of students are from CA, but out of state students are growing in line with the other UC schools trying to get out-of-state tuition dollars.
Davis is a great school for students who want a more laid-back environment with top-notch academics in agriculture, science, and animal science. They also have a fabulous veterinary school. 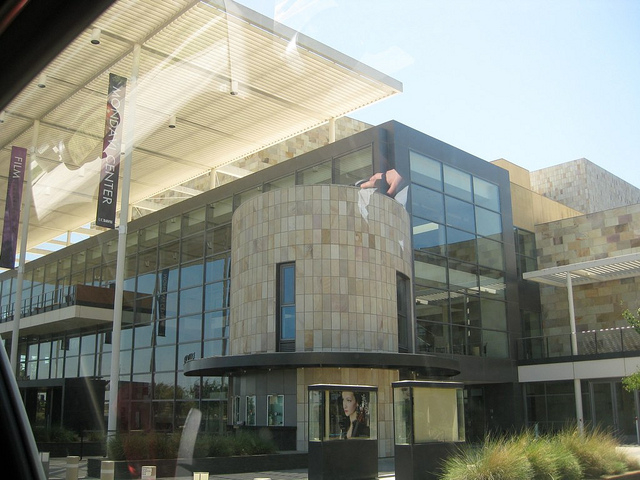