We could barely see the football stadium through the fog as we drove along the tree-lined hill leading to campus. As promised the (atypical) fog lifted by late morning and we were able to enjoy the plentiful fall foliage at the University of Washington (aka UW or Udub). We were immediately impressed by the beautiful and bustling campus with it’s famous cherry blossoms, towering evergreens, and wide open grassy quad.

With more than 30,000 undergrads, UW can feel big. But freshmen are able to join First-Year Interest Groups (FIGS), which are peer-guided clusters of courses that small groups of students (20-25) take together during their first quarter at the UW. These small classes help freshmen make friends, build community and find mentors.

In general, classes at UW are large. Economics 101 can have as many as 500 students and other intro classes are 250+ students, but they also offer smaller “quiz” sections taught by grad students.

Despite the large size UW boasts a high retention rate of 94%. Their graduation rate is also stronger than the national average with 66% within four years, 80% within five years, and 82% within six years.

UW runs on a quarter system with three ten-week long quarters. Students typically take three classes per quarter. Given its location in Seattle with tech giants like Microsoft, Amazon, and Tableau so close to campus, computer science is one of its most competitive majors. In fact they reserve 85% of the CS slots for in-state students.

Other top programs  are Oceanography, Business, Philosophy, Psychology, and Environmental Sciences. They have a strong, highly competitive nursing program, however it is not direct admit and the acceptance rate for enrolled students who apply is only 25%. This is also true of many of their competitive programs including Business. Students must apply to a specific major once they are in school.

Students rush fraternities and sororities before the beginning of freshman year and live in houses starting freshman year. On the one hand this can be somewhat stressful because students must give up their housing once they rush. On the other hand, students form close relationships early on with their sorority sisters or fraternity brothers. Greek life represents about 15-20% of the student body, so it does not dominate the social life.

There are tons of things to do on campus from major sports to outdoor activities to Greek Life to exploring Seattle and its neighborhoods. Located adjacent to campus is the neighborhood called “The Ave” where students have a good selection of cafe’s, restaurants and bars. There is also a healthy music scene in Seattle but as our former client who is a musician told us, it’s not as innovative and progressive as it used to be. Some students complained about the number of homeless on and around the Ave.

We would describe the student body as Diverse, Outdoorsy, Down-to-Earth, Pacific Northwestern, Laid-Back, and Pre-Professional. Sixty percent of the students hail from Washington with 15% international and the rest from out-of-state, but predominantly the western part of the country. The most popular states are California, Oregon, and Hawaii.

One of our tour guides was from outside of Portland, ME and she enjoyed being in the Pacific Northwest. She joined a sorority her freshman year and found it a great way to make friends, especially because it seemed that many students knew each other from high school. The other tour guide was originally from Northern California but her parents relocated to Washington State. She was studying education and was also part of the multicultural club. She said that minority students had developed a stronger voice on campus over the past few years and we could see a concerted effort to make minority voices more prominent on campus.

We toured the school on Election Day and there were several students with a loudspeaker encouraging students to vote and helping them print out their ballots. Not surprisingly there seemed to be a fair amount of social action on campus but it did not dominate the conversation.

Freshmen live either on the North side of campus which is greener and contained and the West side which feels more urban. The North campus has new dorms and is right next to the academic quad. The West campus is right outside campus and is located near the Ave, with all of the shops and restaurants. The East side of campus also feels very different and is more of a balance with somewhat of a campus feel and a new small shopping center; many students choose to live there as upperclassmen.

If you walk down past the Ave, there is a great walking/bike path that hugs the water and leads you to Gaslight Work park with one of the best views of the city and the famous Space needle.  There are several great neighborhoods that students frequent within a 10-15 minute drive from campus including Capital Hill and Belmont. The Seattle Center has the Chihuly museum and garden and Space Needle and downtown Seattle is also very accessible.

We definitely experienced the “Seattle freeze” from people on the street and working in local stores and restaurants; they started off with an icy demeanor, but once we engaged with them they melted easily and were incredibly nice.

78% of students have jobs upon graduation and 19% go on to graduate schools. Companies in Tech, Healthcare, Government, and Retail/MFG are the biggest employers, including local giants Amazon, Microsoft, Tableau and Nordstrom. Investment banks and consulting firms also recruit on campus.

UW accepts the Coalition Application and also has their own application. The admissions counselor says UWashington looks for fit to major and want to know what you are interested in studying and why. They do want to see rigor (AP, IB, etc.) in the applicants classes and they consider the applicants GPA on a 4.0 unweighted scale. Students self-report their transcript by must send official test scores. UW superscores the ACT and the SAT. They do NOT look at letters of recommendation. Their only deadline is 11/15.

For academic preparation and performance, they assess candidates in the following way:

The acceptance rate was:

For personal achievements and characteristics, they look for:

There are three types of majors at UW.

UW also has certain majors such as computer science and engineering, that students must indicate as their first choice as an entering freshman because the main pathway to those majors is as a freshman. For example, Computer Science has less than a 2% acceptance rate for non-residents (Only twelve students from CA got in in 2019!).

The Purple and Gold scholarships of $3-$7K per year, which is renewable, were awarded to half of non-resident freshmen in 2018. They also offer the Husky promise for Washington students per year who pay no tuition.

University of Washington is a great for students looking for a large school with strong sports, a diverse student body with a Pacific Northwest vibe, access to a major city in a beautiful setting.  Students must be prepared to work hard and be okay having to apply to specific majors once they are in school. 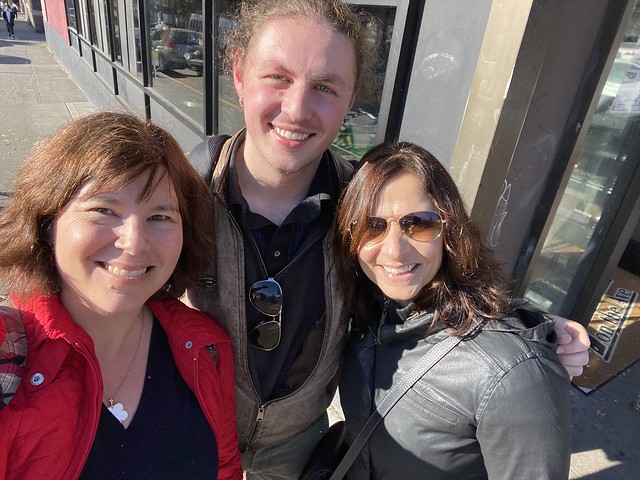