The U.S. Military Academy at West Point trains cadets to live honorably, lead honorably, and demonstrate excellence by following through Character, Academic, Physical, and Military programs. We saw that in action before we arrived when visiting the West Point Visitor’s Center where we saw a day in the life of a student.  We also got to try shooting some of the guns they use in practice and it’s not easy.

West Point is a character development institution with tough academic, military, and physical curriculums. There is a holistic approach to education, as each cadet will become military personnel. West Point also has a prep school that serves as a post-graduate year for the institution.

All majors are Bachelor of Science degrees and have strong foundations in science as well as English and philosophy. Every student takes military history, foreign language, and military art, which is history with a military lens.

The students we spoke with were surprised by how much they liked the military training.  They expressed enjoying going outdoors and appreciating the discipline of reaching for a higher standard. They also expressed the sentiment, “My job is to be a leader of the West Point way.” If students are punished for infractions, they must walk hours, which involves walking back and forth carrying a rifle. This can be up to 100 hours, but cadets go before the Judge Advocate General (JAG) first before they receive this punishment.

There is a strong sense of community because cadets bond over a shared sense of challenge. West Point offers many clubs and opportunities for adventure, but it is on the student to fit the time to socialize into their tight daily schedule. Sports are important at West Point, and whether it’s NCAA, club, or intramural, daily life for cadets always includes some form of competitive fitness. Every cadet is considered an athlete.

Cadets seek to help others, challenge ideas, and do the right thing even when it’s hard.

25% are female, and West Point is actively trying to increase the number of women.  Sometimes there is a stigma with being female as some cadets feel that women were accepted with fewer qualifications. Female cadets sometimes feel the pressure to show that they can do it.

West Point brings in 1200 cadets each year and graduates 1000. Most who leave do so after their first year. We spoke with a cadet from Kansas who is majoring in electrical engineering, is a member of the FBI Crisis Negotiations Club, and plays intramural sports. Xavier, another cadet we met, is of Portuguese descent, was in the military for three years before entering West Point, and is a boxer, plays basketball, and serves as his class president. Casey, who is majoring in human geography, plays street hockey and is a member of the Cadet Community for Civil Operations and the Scout Master’s Council to recruit Boy Scouts. Sara, who is from Connecticut, came to West Point directly from high school, is an Arabic major, and a member of the Cadet Spirit Band.

While each will be entering the military upon graduation, their goals, interests, and hobbies were surprisingly varied.

Nestled in the Hudson Valley of New York State, the campus is set on a hill overlooking the Hudson River.

Cadets are guaranteed to have a job in the military after graduation.

Admissions are quantitative and based on scores. West Point seeks well-rounded candidates who demonstrate

Academic: Four years of English, math (minimum of pre-calculus), three years of science, including one lab. Superscore for ACT and SAT.

*Summer Leadership Experience (SLE) is only meant to determine if West Point is a good fit for prospective students.

The West Point application portal links students with a specific contact. Applicants only need one nomination, and each person has the option to select ten nominees.

In addition to all four congressional nominations, eligible candidates should apply for any service-connected nominations:

What does duty, honor, country mean to you?

What does Honor Code mean to you?

What does Nation’s service mean?

100% of cadets at The U.S. Military Academy at West Point receive full tuition, room and board, and a monthly stipend. They also receive guaranteed career placement upon graduation as officers in the United States Army. When considering an appointment to West Point, candidates should be prepared for the competitiveness of the application pool as well as the rigorous academic, physical, and mental challenges of this program. 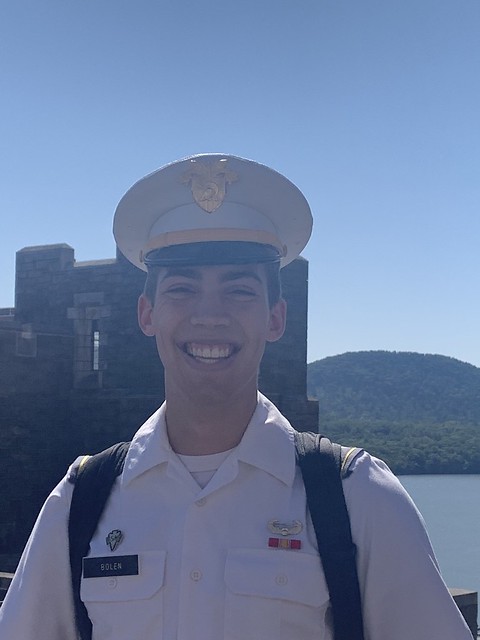