The Uber driver left us off on campus where we were supposed to meet the other 50+ independent educational consultants for breakfast in the Greek Theater.  It gave us a chance to walk across the beautiful, campus with a California Craftsman feel set ten minutes outside of downtown Los Angeles nestled between Eagle Rock and the cute, hipster town of Highland Park.  As we walked across the campus we took in the pretty, Spanish tiled roof buildings, the lovely landscapes and the very large hill we had to climb to get to the Greek Theater, an outdoor amphitheater where we had breakfast with admissions.

Occidental provides and urban vibe in small liberal arts college environment. The college takes full advantage of all that Los Angles has to offer it students.  Their Environmental and Sustainability Center allows students to use LA as an outdoor classroom since it is one of the few locations where students have easy access to the Pacific Ocean, Mojave Desert, Los Angeles and the Sierra Mountains.

Since the average class size is 14 students have close relationships with their professors and professors can write letters of recommendation easily for their students.  Oxy also promotes a  “culture of care” by providing strong academic and mental health support.  It’s one of the few colleges that has expanded its mental health support to provide unlimited support for all students.

Oxy has a strong diplomacy and world affairs program as well as a strong science program. It also offers several unique programs including:

Study out in the field:  Faculty get students out in the field to put into practice what they are learning in the classroom.  Oxy recently hired a professor in conjunction with the Autry Museum; this professor works half time at Oxy and half time as a curator at the museum.  Students had the opportunity to work jointly with museum curator on the Jewish Los Angeles Exhibit.

Semester at UN: Oxy students get to spend a semester working at the UN in New York.

Campaign Semester: Students work in a swing state for 10 weeks during a campaign and come back to campus to write about their experience.

Oxy revamped its career services and worked hard to take advantage of its LA location and mobilize alums and help student find internships and jobs upon graduation.

Oxy students have the benefit of a small liberal arts college located right in the heart of a major city.  There are lots of activities and clubs on campus and students also take advantage of Los Angeles.  Half the students have cars, which is essential to get around LA.  The campus sits between the hipster town of Highland Park with cute shops, restaurants and a bowling Alley and Eagle Rock.  It is also close to downtown LA for internships and weekend bar hopping; Pasadena, a major city with tons of restaurants, museums, movie theaters, and cultural centers; the LA Zoo, and about 45 minutes to the beach or mountains on either side.

Oxy requires students to live on campus the first three years, but many stay all four years. This provides a strong on campus community as well.

Around 35% of the student body hail from California whereas the rest come from all over the world.  The student body is highly diverse and multi-cultural with a shared vision of wanting to change the world. They call themselves social justice warriors and love that Oxy brings together students with so many different perspectives and passions.

We met Andy from San Fernando Valley who came to Oxy because he wanted to have close relationship to his professors.  Even though he grew up about 20 miles west of campus, he found so many different perspectives from what he grew up with. He had internship at HR and benefits consulting firm.

EvaMarie, a science major from Bentonville, AK liked that students have an affinity for being passionate about certain things.  Attending school at Oxy helped her see how different backgrounds an The other students we met all felt like Oxy professors encouraged them to explore different parts of themselves and empowered them follow what they want to do and see how it works out with a larger plan.  This helped boost their confidence and convey their thoughts more professionally.

Approximately 30% of the incoming class get merit aid ranging from $10-$20K and 25 students are awarded the Barack Obama scholarship, which covers everything.

Oxy is unique and a good fit for students who are interested in pursuing a life of non-profit or activist work after college. It routinely make the top 10 list of schools where students make the most money, but it’s not because most of its students seek high paying jobs, but more because they are unusually successful in the activist/political/non-profit world.

Oxy focuses on racial diversity as part of its mission, and 45% of its student body are students of color. Students occupied the administration building during the fall of 2015 to demand the institution hire more faculty of color (among other things). Oxy is Berkeley meets the small liberal arts experience. 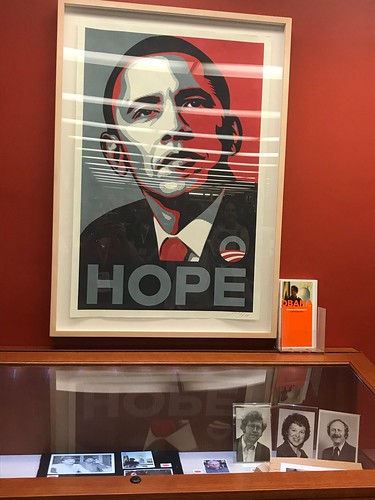